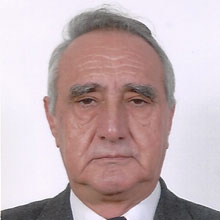 Professor Papoutsoglou held many distinguished positions in Greece from 1974 until his retirement as Professor of the Department of Applied Hydrobiology and President of the Faculty of Anmal Science and Aquaculture of the Agricultural University of Athens (AUA) serving as Vice-Rector of AUA from 1997-2000. He was the founder and Director of the Department of Nutrition of farmed aquatic animals at the Institute of Oceanographic and Fisheries Research. He was an influential member of the Greek Dikatsa (Inter-University Center for the Recognition of Foreign Degrees from 1995 until its dissolution in 2005). He also served a 2-year term as President, Board of Directors, National Centre for Marine Research (NCMR), Greece: Elected member of FAO/IOC Steering Committee. From 1997-2000 as Vice-Rector, AUA, he was responsible for Economic Planning and Development and for European and International Education Connections and Projects (SOCRATES, ERASMUS, LEONARDO DA VINCI).

He was the lead partner in the TEMPUS project BIODAQUA, which carried out very successful student exchanges (120) between EU member states and Canada. He has numerous publications and books and is involved in editorial boards of several journals.

He has always displayed a keen interest in AQUALEX Multimedia Consortium’s work and has proved a very reliable partners in some of our joint projects and undertakings.