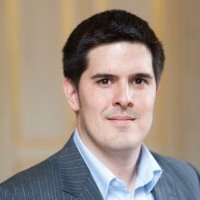 In 2000, David Murphy obtained his B.Sc. in Marine Biology and Oceanography from the University of Wales, Bangor. In September 2000, David joined AquaTT, rising rapidly to managerial position the following year. AquaTT, an international foundation established in 1992, has as its mission the bridging of the knowledge gap between the dynamic R&D environments and the end users of Science (sustainable commercial sectors, policy/decision makers, society at large). As manager David Murphy assumed responsibility for all aspects of running the company; office management, finances, project management, liaising with partners and network members, reporting and company development. Under his management, AQUATT has expanded its activities considerably and is now an acknowledged leader in the area of knowledge management and transfer, not only in Ireland but also in Europe. AQUATT now coordinates or participates in more than 16 EU projects, most of which are regarded as flagship projects. In 2004 David became a Director of AMC Ltd, where he has also served as Company Secretary from that date until December 2013.

In 2009, David Murphy became the facilitator for the EATIP Thematic Area on Knowledge Management. EATiP (the European Aquaculture Technology and Innovation Platform) is an international non-profit association dedicated to developing, supporting and promoting, aquaculture, in particular, technology and innovation in aquaculture in Europe in order to establish a strong relationship between aquaculture and the consumer, assure a sustainable aquaculture industry and consolidate the role of aquaculture in society. EATiP was set up to include all members of the European aquaculture value chain - from suppliers through producers to processors within the profession, accompanied by leading research groups and key representative organisations.

David has acted as Director, Company Secretary and Board Member in AMC Ltd from January 2004 to December 2013 (10 years).