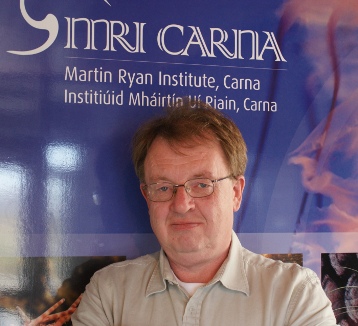 Richard Fitzgerald had a long association with AMC, back to its foundation in early 90s.  He had served on the Board regularly over the past 20 years.

It was with a deep sense of shock, and great sadness, that we at AMC Ltd learned of his sudden death on December 5 2016. Years before the company was established in 1996, Richard was one of the first partners in the LINGUA project AQUALEX which owed much of its early success thanks to his erudition (always lightly worn with many a witty remark) and his strong motivation to produce an accurate, up-to-date and multilingual aquaculture glossary. From1996 when he became a founder Board Member, a position he retained until his untimely death, he never stopped working to promote the company and its aims. One of his last public presentations was made at the 40th EAS International Conference in Edinburgh in September 2016, where he launched the E-Aqualex Aquatic Sciences e-learning Toolset with verve and enthusiasm. Dr Fitzgerald was a much-loved colleague, always generous with his time and his store of knowledge, which was by no means confined to his scientific interests.

A zoologist by training, he was awarded his PhD for work on ecological interactions of fish-parasite communities but also held qualifications in Business (MBA) and in Finance. He was involved in Research and Development in Aquaculture for almost 30 years in a variety of roles and posts. In the 1980s, he worked as Technical Director with a salmon farming company owned by the State Venture Capital agency and thereafter, for a decade through the 1990s, he managed and led research efforts at the Aquaculture Development Centre in UCC. In 2000, he established and managed a specialist seafood company until 2006. He joined NUI Galway in 2006/7 as a Senior Research Fellow, and managed the Carna Research Station of the Ryan Institute. He served as a member of State Boards, Agencies and representative/consultative fora and trade organisations both nationally and internationally.

His wide research interests included the growth performance of finfish in response to critical rearing conditions and husbandry practices; growth modelling; feed utilisation and formation of social hierarchies in farmed fish populations; the development of novel dietary formulations for farmed fish; the immuno-competence of farmed stocks; and product characteristics and quality. He was Project Co-ordinator for the EIRCOD project which is the cod breeding and broodstock programme for the Irish Aquaculture industry funded under the Sea Change Strategy with the support of the Marine Institute and Marine research Sub-prog of the NDP with ERDF funding. He published over 30 peer-reviewed papers and 100+ technical reports. Richard served as an external examiner at under- and post-graduate (MSc & PhD) levels in Ireland and several EU countries.